How to Get Whiter Teeth from Your Own House

If your teeth look dull and lose their natural white sparkle, you need to find natural ways to get them white and sparkling again. This article is especially fitting for people who want to get a whiter and more attractive looking tooth from the comfort of their home. So, if you’re one such person, continue reading and enjoy.

Statistics have shown that billions of dollars have been spent on teeth whitening in the U.S alone, and some of that figure have come from home whitening products. There are lots of products that are available for purchase when it comes to tooth care. However, most of them have chemicals that can harm the tooth, which is a primary concern to people interested.

If you would love to get your smile looking whiter and sparkling but do not want to use chemicals to bleach them, keep on reading as this article discusses safe and natural ways to solve the problem of dental whitening.

There are different reasons why a tooth can lose its natural sheen and brightness. It can be due to certain foods that leave stains on the outermost layer of the teeth, or it can be because of the build-up of plaque that can cause them to look dull and even become yellow.

However, different remedies can help treat teeth discoloration, such as consistent brushing and cleaning and organic whitening treatments that I will be addressing later on.

Below are some of the effective ways that you can whiten your teeth from the comfort of your home.

Brush Your Teeth with Baking Soda

For those who don’t know, baking soda is an active ingredient in most of the toothpaste available because of its natural whitening properties. It is a gentle abrasive that helps to remove surface stains on the teeth. Also, baking soda helps to protect the mouth by forming an alkaline surrounding that prevents bacteria or its formation.

When using baking soda, it is essential to be consistent with it to see changes. It isn’t an overnight remedy that sparkles and brightens the tooth before you wake up. So, if the first few days you do not witness any changes, I urge you to keep up with it; eventually, you’ll get your desired results.

Researchers have found out that brushing your tooth with pastes that have baking soda as an ingredient improves the result and is more effective at enhancing discoloration than the standard toothpaste. This suggests that the larger the amount of baking soda in a paste, the greater the outcome.

Studies have also shown that paste containing baking soda as an active ingredient was much more effective at removing plaque from a tooth than the average toothpaste without baking soda. You can find more here about the benefits of baking soda for dental care.

With all that’s being said, baking soda is a very great DIY remedy for whitening and improving your teeth’ quality. To use baking soda as a remedy, all you need to do is, pour a teaspoon of baking soda into a bowl and two teaspoons of water and mix properly. Afterward, use the mixture with a toothbrush and then properly scrub your teeth with it. You can use this remedy up to 4 times a week to get optimal results.

Use Hydrogen Peroxide on your Teeth

Hydrogen peroxide is a very remarkable remedy for whitening your teeth. It has natural bleaching agents that help to kill bacteria, improve discoloration, and whiten the tooth.

Hydrogen peroxide works effectively as a disinfectant for wounds because of its ability to destroy bacteria. People found out that it can also help kill bacteria in the tooth, and was then infused in commercial whitening products.

Even though there hasn’t been any scientific study conducted on the effects of using hydrogen peroxide on the tooth, studies have shown that toothpaste or whitening products contain hydrogen peroxide to improve the tooth’s appearance and protect and maintain the overall health of it.

Another study conducted showed that pastes with baking soda and hydrogen peroxide as an active agent helped users to get whiter teeth in a short period, less than six weeks. However, there are lots of people who are concerned about the safety of using hydrogen peroxide alone.

When it is properly diluted, the compound appears safe, but when the concentration is powerful due to insufficient dilution, it can cause irritation and tooth sensitivity.

The proper way to use hydrogen peroxide is to use it as a mouth wash before brushing. Ensure that you’re using a solution of 2-3% concentration to avoid irritations and other side effects.

The 3% solution is the most common concentration being used in drug outlets and stores. But if you think the concentration is too much for you, you can dilute it with equal parts of the solution and water and then use it to get the result you want.

Because overuse of hydrogen peroxide can cause side effects, we suggest that you limit the use of the mixture to 2 or 3 times weekly to get satisfactory results.

Practice the use of Oil Pulling

Oil pulling is a traditional remedy that Indian folks use to improve the quality of their teeth, maintain oral hygiene, and eradicate harmful toxins in the body.

Oil pulling practice involves swishing oil concentration around in the mouth to kill bacteria that form plaques, leading to discoloration and yellow tooth. The Indians usually use sesame oil or sunflower oil for the practice, but any oil will do the trick in truth.

Coconut oil is an excellent choice to go with because it has a great and pleasant taste and provides numerous health benefits. It also has lauric acid, which is renowned for its ability to alleviate inflammation and eradicate bacteria. This is similar to a popular home whitening kit from TrySnow.com, only that they make use of a LED whitening technology that speeds up the process and alleviates bacteria.

Studies have shown that practicing oil pulling daily reduces the occurrence of plaque, gingivitis, and helps to kill bacteria in the mouth. There is a widespread bacterium found in the mouth called Streptococcus mutans, and it is responsible for the formation of gingivitis and plaque. A study conducted on the effectiveness of oil pulling showed that daily practice with sesame oil significantly reduces the bacteria (streptococcus mutans) in the mouth in less than a week.

To practice oil pulling, put a tablespoon of your preferred oil in your mouth, and then push and pull the concentration in your mouth through your teeth. Continue the practice for about 15-20 minutes to get optimal results. Afterward, spit it out so as it doesn’t form clog on your teeth.

A diet rich in fruits and veggies is excellent for maintaining the body as well as the teeth. Even though you cannot brush them, chewing them can help remove plaque from the tooth.

There are mainly two fruits renowned for improving the teeth’ quality; they include pineapples and strawberries.

Pineapples are significant in maintaining the overall health of the teeth.

Although there hasn’t been any scientific study to prove that chewing pineapples help whiten the teeth, studies have shown that pastes containing enzymes found in pineapples effectively removed stains in the tooth, reducing tooth discoloration.

To use the strawberry mixture, mesh a couple of strawberries, mix with a teaspoon of baking soda, and brush your teeth with the preparation. It is best to limit the use of the mixture to a couple of times a week to avoid side effects.

There are many home remedies you can try to improve your dental health. And when it comes to whiter teeth, you can try the ones above.

Did you see any gap?

Do you want to add anything with this content?

Spread this information by Sharing on social media…

Sleep Your Way To Good Skin

3 Ways to Change Your Outdoor Spaces and Increase Curb Appeal

Why Use A Hot Water Tank Company for Water Heaters

Keep Safe You From Coronavirus (COVID-19)

Back Yard Maintenance: 4 Ideas To Do In Your Spare Time

Lead Protection is Essential for General Contractors: Protect Yourself and Your Workers 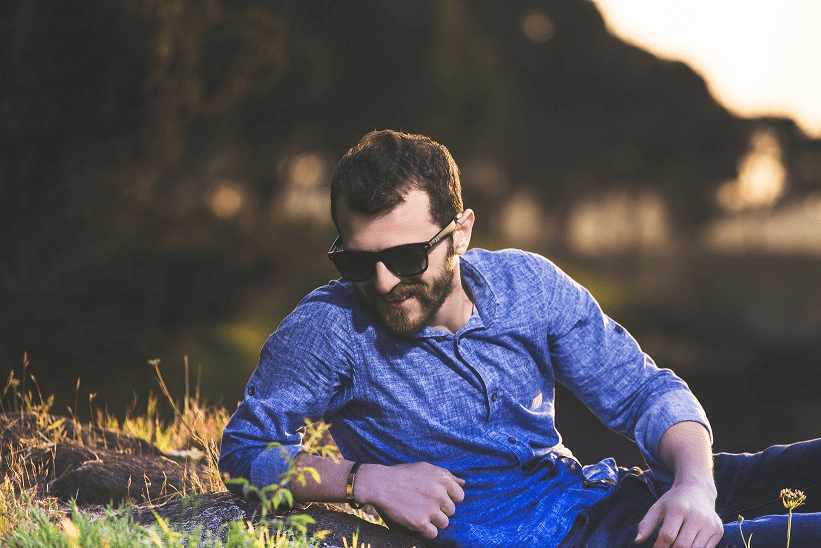 In this era of information, our only option to survive in the marketplace is to ensure the best quality products to our readers. Read more